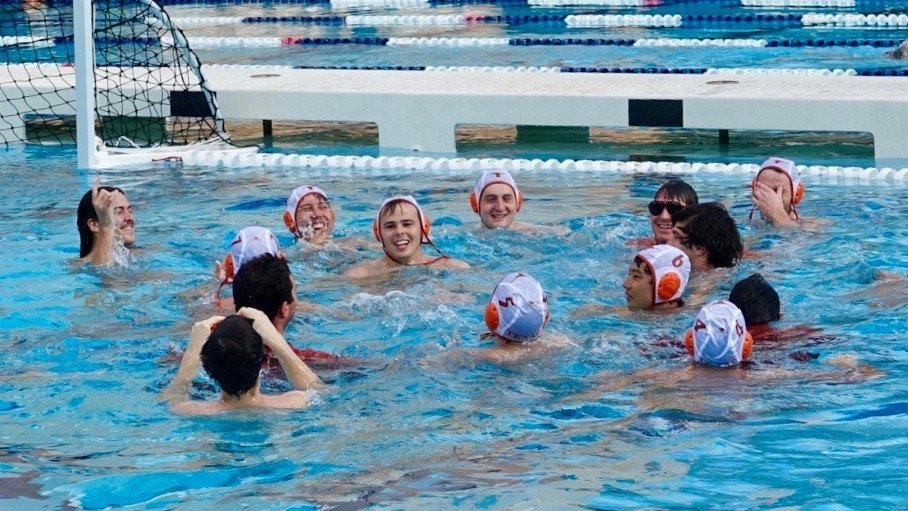 The Texas Longhorns men’s club team used a stifling defense and converted on multiple man-up opportunities to turn away Texas A&M in the CWPA Texas Division tournament final. The 7-3 victory was redemption for the ‘Horns after an early season loss in which A&M broke Texas’ 74-game regular season win streak which dated over 10 years.

Texas, the tournament’s second-seed, earned their way into the championship game by breezing through group play, first with a 16-6 win over A&M “B” 16-6 and then a 12-2 victory over third-seeded Rice. On the other side of the bracket, The top-seeded Aggies made their way to the showdown with UT by defeating Baylor 19-3 and the University of Houston 10-7.

The title match was a defensive battle from the start. Both teams scored first quarter power play goals, but UT pulled ahead, 2-1, on a nice transition goal by All-American Nathan Craig. The 2-1 score would hold through the first half as neither defense would yield a goal during the second quarter.

In the third quarter, UT was able to open up a three point lead on goals from Liam Veasey and Easton Honaker. But A&M’s Jake Sharar closed the gap to 4-2, which kept the Aggies in striking distance at the end of the third. UT pulled away for good In the fourth quarter with back-to-back goals by Alex Raterink and Veasey.

The win marks UT’s third straight Texas Division title and earns the ‘Horns a spot in the CWPA National Championship Tournament in Pittsburgh in November.

The third place featured cross town rivals Rice University and UH in a battle for H-town bragging rights. The game was extremely close throughout, with multiple lead changes and neither club holding more than a two point advantage at any point in the match.

Late in the match and tied at 9-9, the Coogs were able to capitalize on an exclusion on Rice goalie standout Robert Idel with Coog Freshman Joseph Ebeweber scoring to take a 10-9 lead. Rice threatened to tie, but a huge block by UH goalie Logan Wene with 12 seconds left sealed the win and a third place finish for Houston.

Baylor ended their season in fifth place followed by A&M “B,” UT “B,” Louisiana State, Texas Tech, and Texas State. 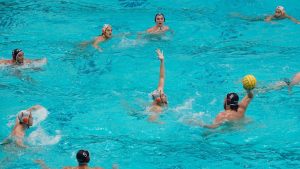 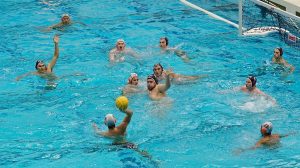 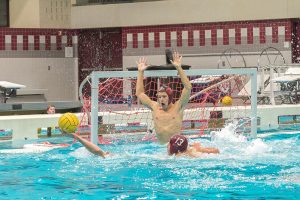